You are at:Home»AAR»AAR :: Jeff Proietti Memorial Mini-Ruck
By Rick Tanner on May 27, 2014 AAR

Jeff Proietti was participating in a GORUCK Challenge in Syracuse, NY on 5/17/2014 when he was fatally struck by a vehicle that had veered onto the shoulder.  On this day, one week after the tragedy, the GORUCK community gathered across the country to pay tribute to Jeff, memorialize his life, and raise money to support his family.

On May 24, 2014; fifteen individuals gathered near UNC Charlotte to memorialize the life of Jeff Proietti.  The mission of the day: to honor and remember Jeff through execution of a “Mini-Ruck” in his honor.

An extra challenge weight ruck was carried as a team coupon to symbolize Jeff.

As a team, transport any four individuals in a buddy carry at all times.  Do not proceed forward without all four casualties off of the ground.  (Of course, small children were some of the first ones to be buddy carried – go figure!).  Continue carrying along the path until we reach the soccer fields. 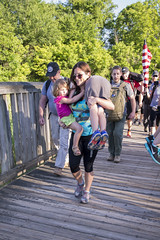 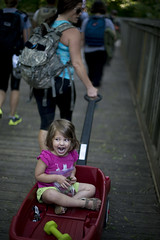 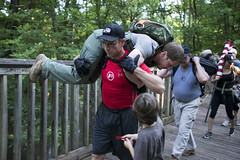 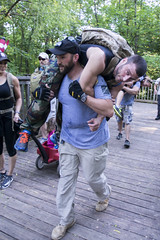 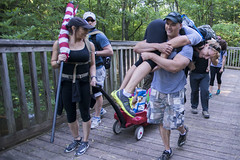 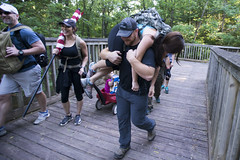 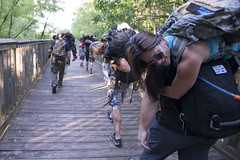 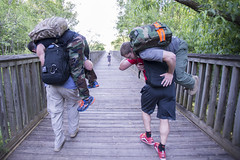 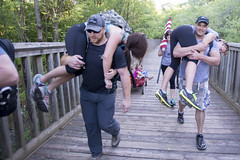 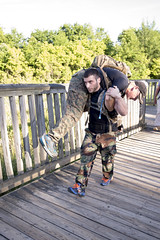 The Push-Up Wave/Tunnel Of Love: Circle up around the leader, shoulder to shoulder, in the forward leaning rest position.  One person starts low-crawling under the tunnel.  As the low crawler passes you, you go down to a “6 inches” position.  When that person completes the circle, everyone returns to forward leaning rest.  Continue, one at a time, until everyone has passed through the tunnel once.  #ShoulderSmoker 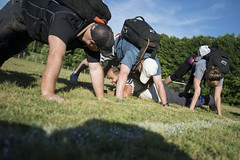 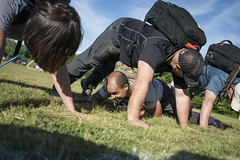 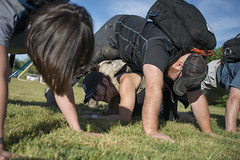 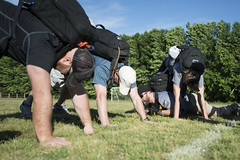 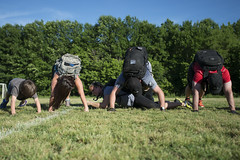 Litter Carry Relay: Divide the group into two teams (One with 8 people, one with 7).  A poleless litter is produced for the team.  Team 1 picks one individual to be on the litter, then team 1 carries the loaded litter approximately 1/8 mile around the parking lot and back to the start.  While team 1 is carrying, team 2 is performing the exercises below.  When team 1 returns, the teams switch and team 1 begins exercising while team 2 traverses the litter course. 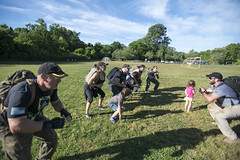 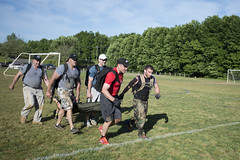 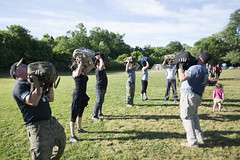 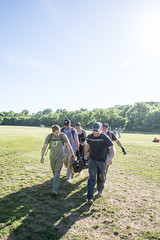 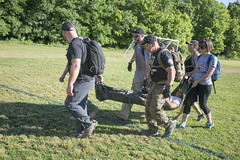 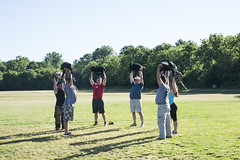 After the PT session, and a brief chance to catch our breath, it was time to ruck.  Rucking is always a good chance to get to know your team, and this was no different.  Everyone enjoyed getting to know new and old friends.

At 0900, the time that Jeff’s funeral began, we paused in route for a moment of silence to reflect on the reason behind this workout. 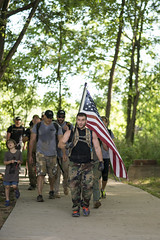 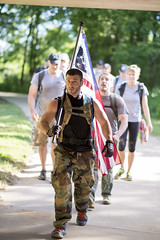 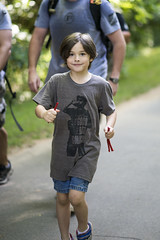 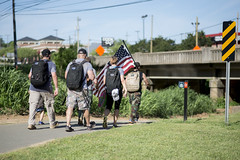 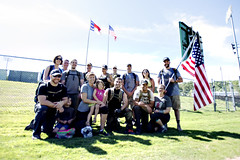 Thanks to everyone for coming out to support Jeff’s family at this memorial workout.  As always, it was awesome to see the power of the GRT community and the support we have for each other when in need.  Together, we raised $345.00 for Jeff’s family.  This was donated directly to the family through The Jeff Proietti Memorial Family Fund.

The full photo album for this event can be found here.

There were more people around the country participating in activities on this day to memorialize Jeff.  Some of them posted on the Facebook event page. 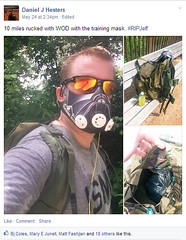 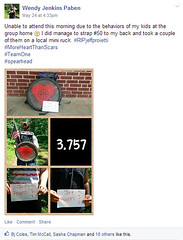