Team SPEARHEAD would like to thank Dan “Mustache” Zenczak for allowing us to feature his personal AAR from GORUCK Heavy Class 039, Chicago. You’ll enjoy this write-up, and look for a future post here from Dan on training for a Heavy. Read on… 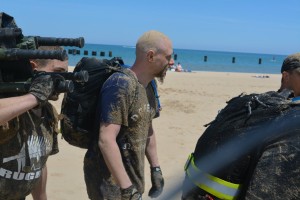 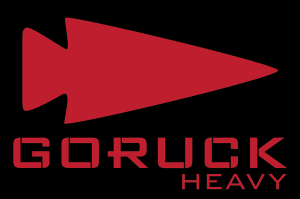 The plan was to do Heavy in Chicago and come out of the other side smiling.

I wanted to be “that guy.” The guy under the weight. The guy smiling when the Cadre are yelling “Hurry Up!” The guy taking up the extra ruck when needed.

Also it seems that I always wait until the last minute to make my travel arrangements for events. That needed to change.

The other part of the plan was to use this as a gauge for Selection. This event was/is far enough away (there is never enough time) from Selection in 2014 that I figured I could use it to help find some weak spots and crush them.

Like all good plans when you first encounter resistance, mine fell apart. Three weeks out I picked up some sort of virus/flu/sickness and fought a high fever for a week. Then it took another week of hacking and shakes to get most of the goo out of my system. It was not until the actual week of the heavy that I even felt like moving.

Travel arrangements were delayed and delayed until some GRTs that rocked gave me a ride into the Heavy.

All these were stressors that shot my confidence to hell. My butterfly-filled stomach did not calm down until after the GORUCK APFT. My score on the push-ups and sit-ups, though not great, gave me confidence that seeing the end of the Heavy was possible. Or maybe it was the fact that Top made us do Marine Yoga to warm up that boosted the confidence. Either way when we pushed on for the 12 mile ruck I was thinking “easy day, every day.”

Lots of people were asking during that ruck: “How fast do you think we are going?” “Do you think this counts as part of the 24 hours for the Heavy?” “How far do you think we have gone?” “Top can not be doing 17.5 minute miles. Can he? He has to be going faster.”

It never became so apparent to me that we use our watches and mile markers as a crutch, a measuring stick to see how much we have got left, as well as a means to say, “Hey look how tough I am, I can ruck 10 miles with 50 pounds. I am bad ass.” Who cares if the 12 mile ruck is over? Who cares how much we have left? We are not done till the event is done. When Top gives us the Heavy patch is when it is over.

I have been coating my feet with the Tuf Foot stuff for several months now. So after the 12 mile ruck my feet seemed to still be happy. Changed my socks, added a dusting of foot powder and now the games can begin.

Somehow hitting up my first couple Challenges in New Orleans I have been able to avoid sand and surf work. You read about sugar cookies, you read about bottom samples, but you really do not know what it means until you have to do it in the middle of the night.

Cadre Adam was a beast. Straight from the start he was no nonsense. This also led to one of the lowest points for myself. It was the buddy carries down the beach and back. My legs kept giving out. Sorry Team Two. Who ever helped, thank you, it helped a lot. I could not keep anyone on my back. I kept falling over. So I was carried and never carried anyone. That hurt. It stuck in my mind. It ate away at my mind for awhile, or at least until we moved to Cadre Luke.

Cadre Luke was a beast of a different breed. He was almost the good cop to Cadre Adam’s bad cop and what I assume was going to be Top’s horrible Marine. Cadre Luke was all smiles with a crazy look in his eyes. You felt like you wanted to do the task on hand to keep him smiling. Yes Cadre Luke, my rifle only held five rounds. I was muzzle loading or something. He was a a constant reminder of how ridiculous it was to be there, doing the things we were doing. Also he pointed out the rising crescent moon. That made me smile even more. It made the night go that much quicker.

But Team Two had to move on to Top, our last beach of the evening.

I expected the worst from Top. So I sucked deep and thought, “one evolution at a time.” But Top gave us hope and made me curious for the rest of the event with promises of … well you had to be there.

His constant reminder of how we can not even perform a particular action while he had to do it under fire, in 110 degree heat, far from home, hammered into my head the differences of civilian life and military life. These differences never really struck home with me during other challenges or even at the time. It still wasn’t until I was safe in the hotel room the next morning that the “aha moment” hit me — the “so that is what he meant” moment.

When the sun came up, a smile crept across my soul and I thought, “I have made it this far, I will make it all the way.” The rest of the day moving through Chicago was rough. Top and the Cadre gave us plenty of time to move and work together as a team. Some times we figured it out, sometimes we did not. Top knows his stuff. Not only did we have plenty of PT but there was plenty of learning going on. Top regaled us with stories of famous people and their exploits. He also poured his heart out telling us stories from his career in the Marines. I choked up, it sure was dusty out there.

There was plenty of stupid stuff going on. Plenty of funny stuff that made the Cadre laugh as well as us. But also plenty of the Team getting frustrated with each other. It seemed to take a long time for us to get together and work together. Then it seemed like such a fleeting moment when we did figure it out. It was not long enough. There were several Rock Stars on the Team. I wish I could say I was one of them.

If you can do a challenge, you can do a heavy. It was just longer. Just another evolution, another push up. But do you just want to carry heavy stuff? Or do you want to be the guy who knocks the event out of the park, crushes it?

Several times I heard, “stop feeling sorry for yourselves,” and thought to myself, “I don’t feel sorry for myself but damn I could use a break on this stretcher.” That was the wrong mindset. “Get your mind right” was another motivational sound byte the Cadre mentioned and it was clear mine needed to be put in the correct place. The right mindset should have been, “I need to stay on here until we are done,” or “I need to get on that stretcher more.”

We do not do these challenges to get a medal, to write it on the wall next to today’s WOD. We do a GORUCK event to be stronger mentally and physically today than we were yesterday. We do the event to taste life like we have never done before. 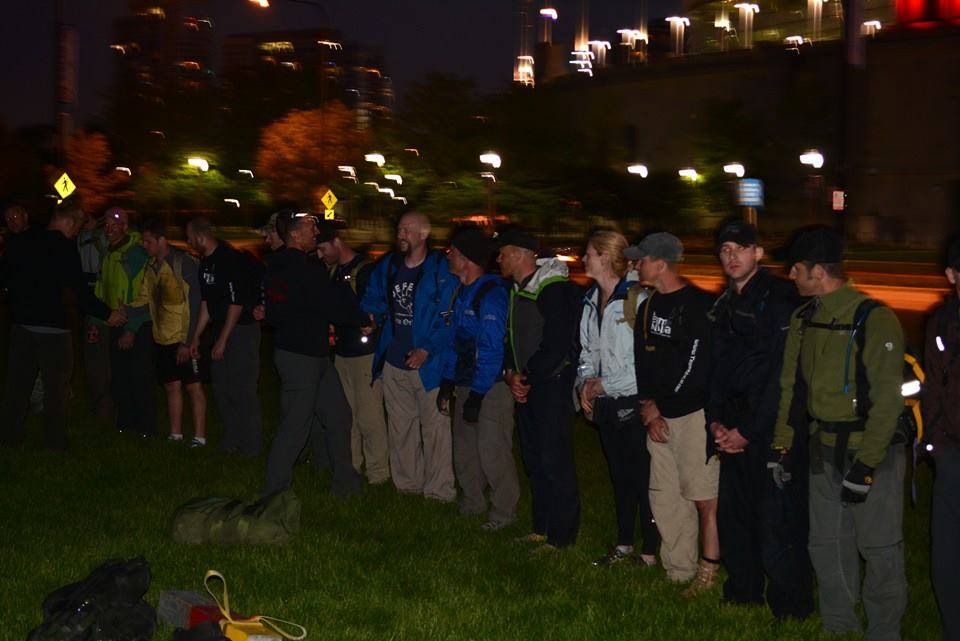 This is new for me. A spectre is following me. The ghost of the event that stalks me throughout the day. How do you write in this review that even though it has been seven days since the event started, six since it ended, I still expect to hear Top yelling, “5…4…3…2…1 on your feet!” How even though I have never seen military service it feels as if the world around me has changed.

But in reality it hasn’t.

I have changed and the world has stayed the same. The office at work looks different now, alien. My boss seems softer, my responsibilities less important. 26 hours under the scrutiny of a hardened Marine and my world has changed. 26 hours of exercise and my soul has only more questions to ask.

I DO NOT KNOW HOW YOU MILITARY PERSONNEL CAN DO THIS. Not to trivialize what any person in the military has ever done. A GORUCK Heavy is not serving in the military. A Heavy is nothing but a minuscule taste of the hardship in the life of military personnel. That little vapor of a life style, called GORUCK Heavy, has made me feel like a tourist in my own life.

Even as I sit here I can feel the memory of the Heavy slipping away. The alien leaving my body. I don’t want it to leave, this ghost of a ghost. Maybe that is why I will do another event. Maybe that is why I am going to train harder. All I know is that I have nothing but respect and admiration for the men and women that not only have to face their fears on the battlefield daily but then have to face the disconnect from society when they come back home.

GORUCK HEAVY – 24+ HOURS, 40+ MILES, AVERAGE PASS RATE: 50%
The intent of the GORUCK Heavy is to build better Americans, 24 hours at a time. Through the GORUCK Heavy, participants learn a different side of themselves from lessons learned from the Cadre. These lessons learned are either from the different backgrounds each Cadre has in their respective military or civilian careers and sharing experiences from overseas conducting kinetic and non-kinetic operations. These lessons learned are then applied in a 24 or more hour class through different events in a practical setting through shared misery, pushing each participant past their perceived mental, physical, and psychological breaking points. The GORUCK Heavy is designed around six key objectives: 1) GR Heavy will be the ultimate team event. 2) Conduct leadership under very stressful conditions. 3) Theme is built around AMERICA and why we are the greatest country in the world. 4) This is a GORUCK Selection prep course. 5) Earn your “individual” patch. 6) Heighten each participant’s sense of accomplishment.